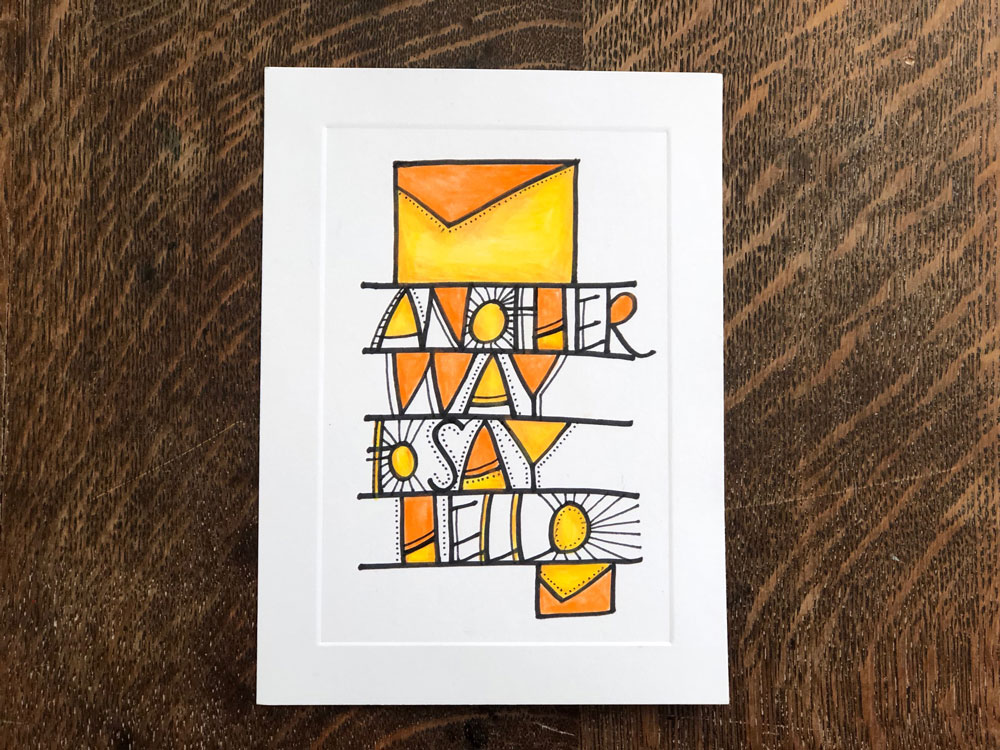 When I talk about writing letters, there are a few things people worry about.

Here are the two most common worries:

Write about your day, something you did, something you saw. You’re not being graded and you’re not writing a novel, so try to relax. Really. It’s simply another way to say hello.

And close behind that is:

Well, it’s probably not as bad as you think it is, and really, your handwriting is what makes your letters most special. And what makes it even more compelling is that we can often recognize who a letter is from without looking at the return address. Your handwriting is as unique as you are and that’s what makes all the difference.

One morning I was getting ready to write to my in-laws and I wasn't sure what to write about when this happened:

I heard the neighbor’s chickens. At least two of them were squawking, and it was loud. So loud that I stopped what I was doing to peek out the kitchen window to be sure they were safe inside the coop. They were.

When I settled in to write, this is what I wrote:

The neighbor’s chickens are squawking. The coop sits at the low end of the backyard just over the property line.

We can see them from the back porch, and in the evening when we’re out there, we like to watch them—we call it chicken TV.

When they lay eggs, they squawk. One echoing the other. One egg, squaawk; two eggs, squaaawk; and all together ... SQUAAaaaaaaaaaaaAWK!

And that, well, that's something to squawk about!
Want more help? Get your copy of A Snail Mail Guide to Cursive Writing Practice
I need this book!